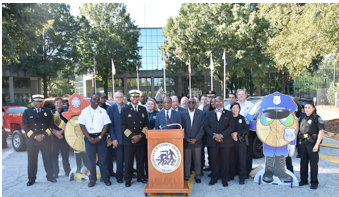 Expected to be in service by the end of September, each 2018 Chevrolet Tahoe costs approximately $61,000 and will be used as officer take-home vehicles to increase community visibility and reduce crime. Additionally, the new patrol vehicles feature push bumpers, which allows officers to remove disabled vehicles from roadways to expedite traffic flow.

The county will purchase an additional 50 patrol vehicles next year.

The Arabia Mountain Rangers are providing s’mores and hot cocoa by a campfire. This will be followed by a short hike to the rock outcrop during the twilight hours to see the Moon rise. Food and Drink Supply are limited. Register online by emailing ArabiaRanger@gmail.com, Subject: Campfire