Commissioner Johnson has been busy since taking the oath of office on July 20, 2015.  Below are a list of current events in District 5: 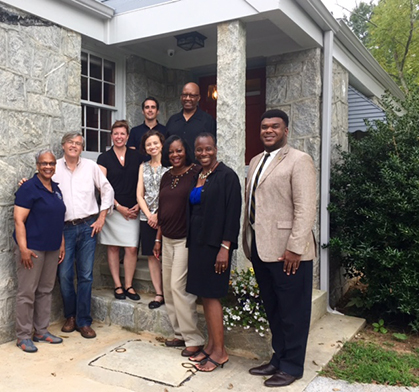 We were proud to sponsor legislation to provide way-finding signage around Arabia Mountain, a true hidden gem of the 5th district. 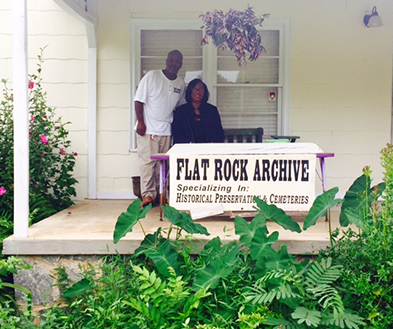 Commissioner Johnson was honored to visit Flat Rocks Archives, one of the oldest African American historic sites in the state, and a rare gem of the 5th District. 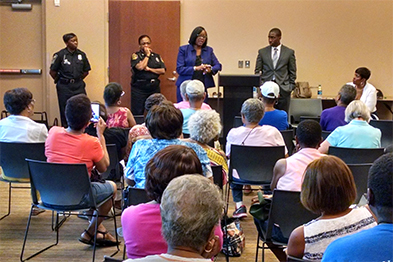 Commissioner Johnson speaks to members of the CircleStone community at their homeowner’s associating meeting about recent public safety concerns.  She was joined by Interim CEO Lee May, Major Dedrick and Officer Barr of East Precinct. 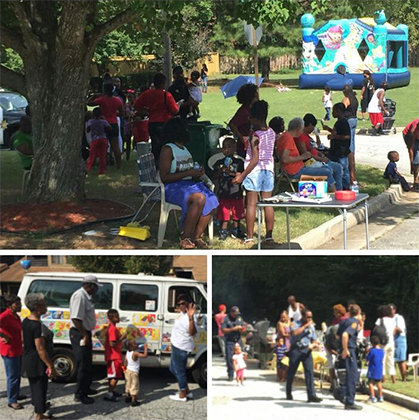 Our office supported the Circlestone Community in their annual block party to promote neighborhood safety. 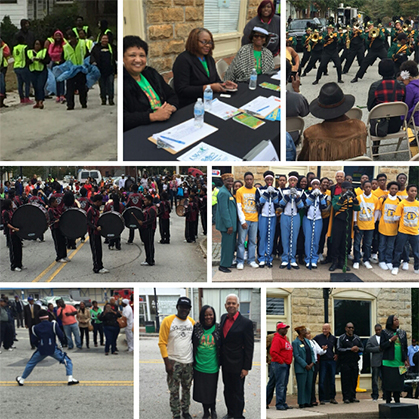 Commissioner Johnson kicked off her county wide beautification campaign during her inaugural South DeKalb Fall Festival. She was joined by elected officials from DeKalb County and City of Lithonia. Constituents were treated to the vibrant sounds of local high school bands. 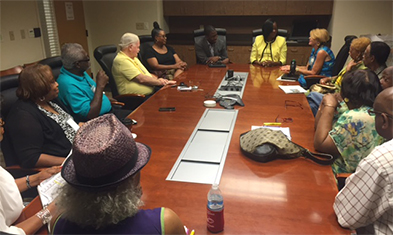 Commissioner Johnson and Interim CEO May meet with seniors from the Lou Walker Senior Center and discuss recent changes in leadership there. 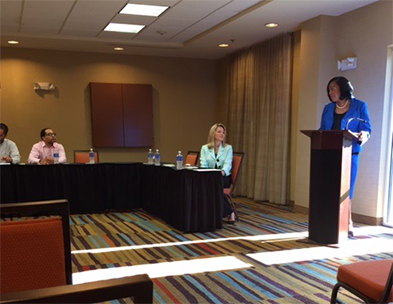 Commissioner Johnson spoke to members of the Stonecrest Business Alliance on August 12 at their monthly meeting to share her vison for a renewed DeKalb. 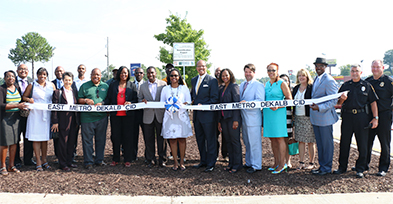 Commissioner Johnson was excited to join the East Metro Dekalb CID at their Wesley Chapel Beautification project ribbon cutting ceremony.  Together we can all keep Dekalb beautiful.

December 14, 2015
East Metro DeKalb DID - State of the CID Briefing