FOG Interceptors must be cleaned by state certified companies specializing in FOG Interceptor service. Such companies can be found by looking under the approved hauler list on the Georgia FOG Alliance website (georgiafog.com). Contract with a reputable service company to insure timely managing and maintaining of FOG Interceptors. FOG Interceptor cleaning cycles are determined by the Compliance Inspector.

There are various designs of FOG Interceptors. FOG Interceptors can be designed according to plumbing code standards and DWM Code. Wastewater enters the influent side of the tank which is divided from the effluent side with a baffle located 2/3 of the way from the influent end. Water flows through the baffle via an opening about 1/3 of the distance down from the top of the tank. One vender sites a general rule of thumb for determining clean out frequency by measuring the grease layer thickness. The rule of thumb is that a FOG Interceptor needs cleaning when the floating grease mat exceeds 3/4" to 3" in depth or when the sludge layer exceeds several inches in depth. The grey water layer between the grease mat and the sludge layer should make up the majority of the depth of the FOG Interceptor. The Delkalb County Inspector shall determine the thickness and cleaning frequency during regular inspections. 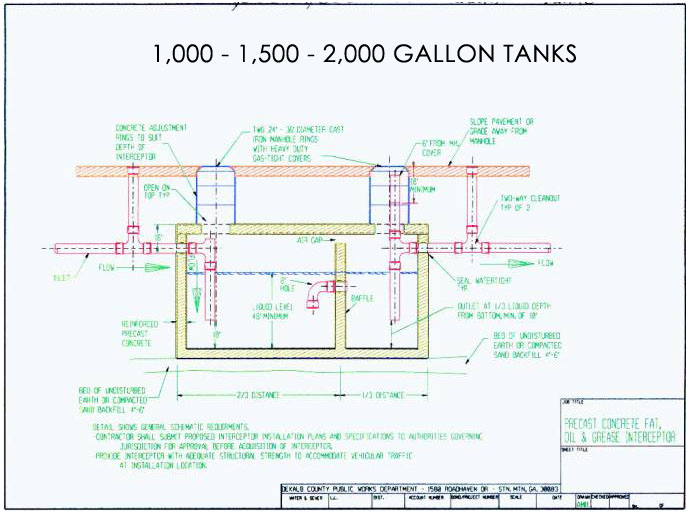 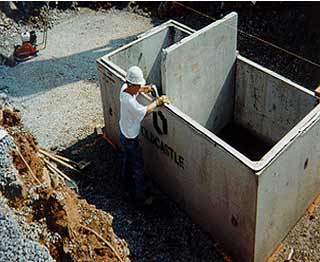 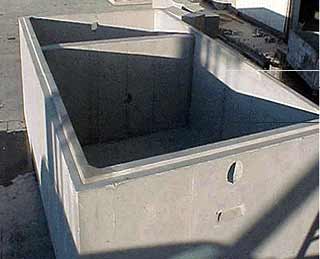 TEES AND 90 DEGREE ELBOW IN BAFFLE. 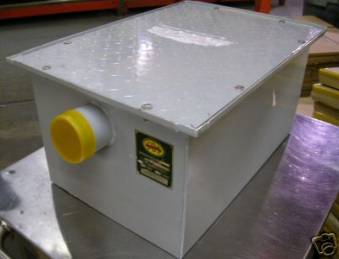 DEKALB COUNTY REQUIRES THAT INSIDE FOG INTERCEPTORS BE
NO LESS THAN 100 LBS., AND OUTSIDE INTERCEPTORS
BE NO GREATER THAN 3200 GALLON.
(CLICK TO ENLARGE IMAGE) 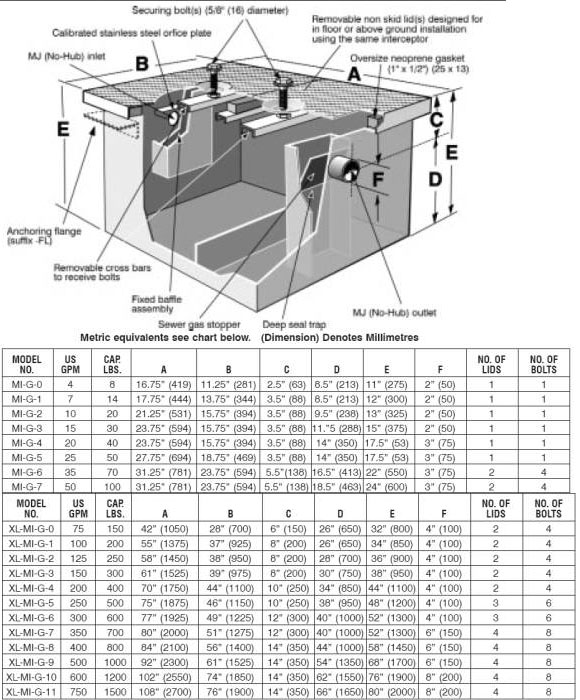